2014 and 2015 were not good years, so there’s even less to show here than usual.  As a result, I’m combining those two years’ worth of production onto a single page. 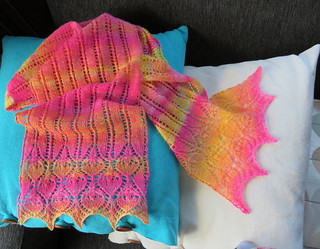 (which a colleague claimed!)

and AD’s Teal became this Palimpsest: 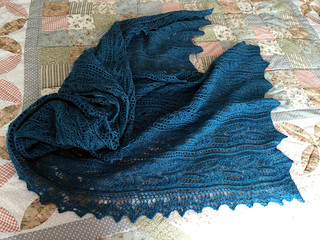 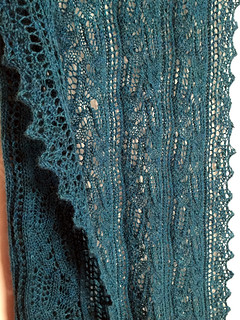 It was a lovely lovely pattern and one I’ll do again.

Neither are perfect, but the recipients were pleased, two project left the house, and I can’t ask for more.

The Teeswater/Muga yarn (#97) turned into this Rivendell cowl: